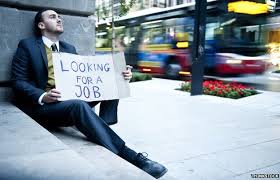 Europe is failing its next generation because neither the European Union, nor national governments are able to tackle over-regulation and the grey economy

As delegates gather next week at a Brussels conference convened by the European Commission to consider “Labour economics after the crisis” Manuel will still be sitting with his unemployed friends making a coffee last all morning in a crowded McDonald’s in Zaragoza. He is just one of the 56% of 15-24 year olds in Spain who are still without work. The victim of a downturn that never went away and a system of employment laws that discourage employers from generating permanent job opportunities.  Over 50 % of new jobs in Spain are fixed-term and often only for the Summer holiday season. But even seasonal jobs are mainly on the coast and Spain’s fifth largest city is 250 kms from the sea. So try as they may Manuel and his friends have never achieved more than brief casual jobs paid for, if at all, “under the table” in Spain’s thriving grey economy.

Of course, both the EU and national governments have tried to address the issue of youth unemployment. But in countries like Spain the unemployment rate for young people continues to rise. A whole generation is growing up for whom work is not the norm and who consequently feel alienated from their society. This also produces a vicious circle effect, with a much higher proportion of young people dropping out of education at the earliest opportunity in Spain than in other EU states.

Spain’s problem may appear very complex to politicians in Madrid and Brussels, but from an employer’s perspective they are much more straightforward to remedy.

I bought Manuel another coffee and asked him what he most wanted out of life. He thought for a moment and surprised me by saying “I just want my parent’s respect. I left school as soon as I could because I come from a poor family and wanted to help increase their basic living standards. My mother can barely afford any new clothes and my father works 60 hours a week . I got offered a job with the prospect of training to be a graphics designer. But the nearest I got to being creative was to wash my boss’s new car. I came in early each day and worked really hard, but I was never given a chance. After two months I was told one day to go home and never ever got paid.”

Until politicians and their advisers stop sitting in air conditioned rooms drinking filtered coffee and playing at policy debates  – and get down to the fast food café – they will never really understand the human cost of their misguided projects and tragic complacency.  The future is over for many of our young people and all they have to look forwards to now is avoiding their parent’s disappointment and finding the next cheapest way to keep out of the harsh autumn rain.

Return to all FedEE Blog stories